Did you miss me?  I took a few days off work last week and I took our daughter on a little trip.  I turned my trading off on TCDB and did my best to ignore everything, including my blog.  We stopped in Chicago on Thursday and visited the Field Museum, which included Sue the T-Rex: 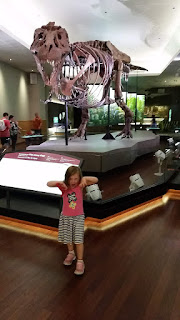 Growing up we visited the Field Museum a couple of times on class trips.  While in school we also visited the Adler Planetarium, the Museum of Science & Industry, and the Shedd Aquarium.  I think I have been to the Shedd about ten times; no lie.
On Friday we visited the Ann Arbor Hands-On Museum: 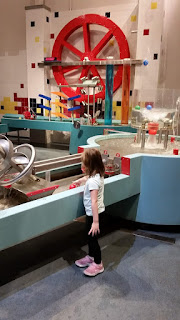 Great place for a kid to explore and burn off some energy.  After that we walked over to the M-Den by campus to pick up some new gear.
Then on Saturday we attended the Rutgers-Michigan at the Big House: 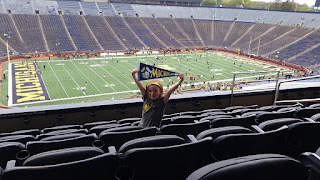 We had a blast, but it's nice to be home.  With all the tickets, hotel rooms, and meals, it might be awhile before I can buy any cards!  But it was well worth it.

I received two packages, both TCDB trades, last Tuesday but could not upload photos before we left, so we will cover these first.

A trade with Jothand adds some 2019 baseball stars to Owen's collection: 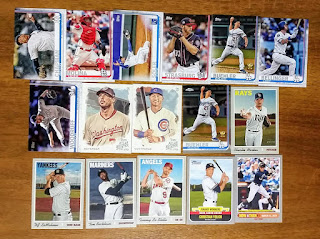 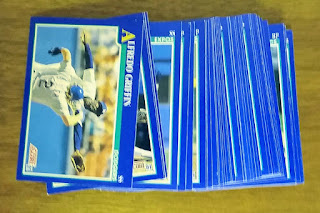 A nice assortment of 90s basketball set builders, primarily from the latter half of the decade, is up next: 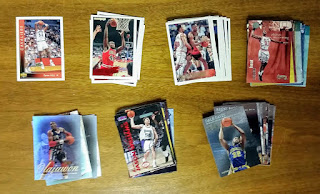 Additions to the Michigan collection include both basketball and football cards: 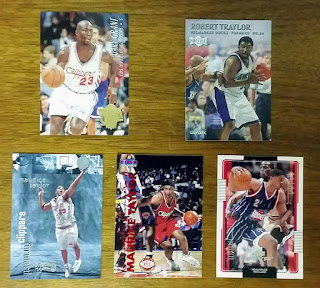 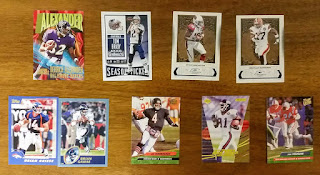 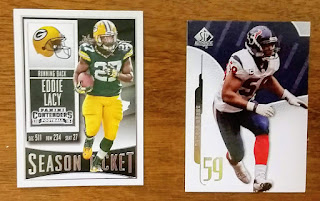 The trade concludes with a Belfour for the Hawks collection: 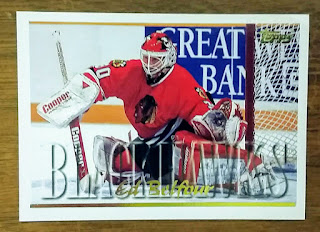 Owen and I also made a Target run last Tuesday afternoon.  While there I a picked up a little more than usual, but nothing excessive:

I did a little better with the Archives blaster.  These have been added to Owen's collection: 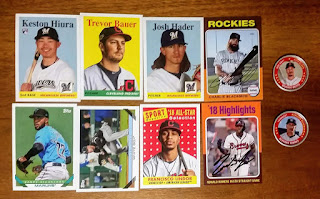 Talk about a blast from the past; I remember buying Topps coins in the late 80s at the toy store in the mall.
The Heritage hanger box, sadly, yielded nothing for Owen's collection.  Unfortunately, I did not pull any Vlad, Tatis, or Alonso cards for Owen's collection from any of these packs/boxes.
We move on to the RCs I will hold onto for now, beginning with the flagship set: 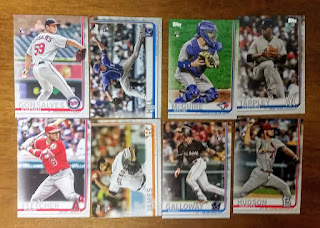 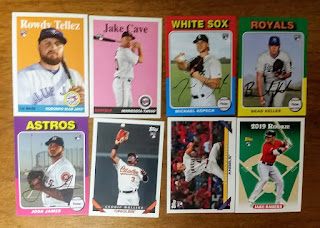 And finishing with Heritage: 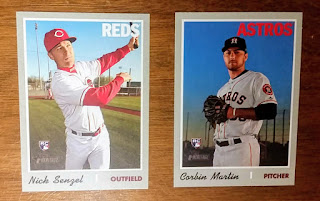 The pack/box break concludes with cards I have added to my For Trade list... and there's plenty.  We begin with the flagship set: 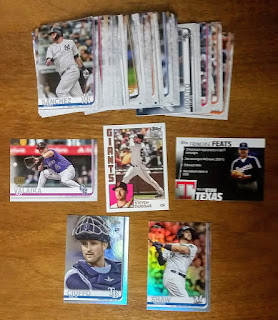 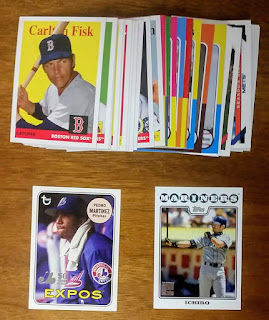 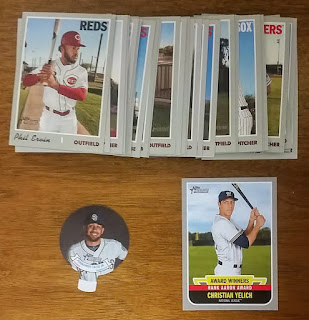 I have pulled two lid tops and both have been Tatis.  Disappointing to not get someone else I want, however, it does make for a pretty good piece of trade bait.

So that get's us caught up on last Tuesday's cards.  We returned Sunday evening and I went to work well before the PO opened Monday morning so I couldn't stop and check my box until after work.  I was thrilled to see eight packages waiting for me.  Without further ado, here's a rundown of what I received yesterday...

So there you have it.  Essentially eight days worth of cards in a single post.

I have done everything in my power today to avoid watching today's Michigan game.  I have not seen a single second of it.  My brother-in-law has season tickets at Camp Randall and saved me a seat.  The day after the "win" against Army I called him and told him, "I'm mailing your ticket back.  I'm not going.".  He tried to talk me out of it but I said, "We are going to get killed.  I would probably leave at halftime.  I'd spend more time driving than at the game."  Sadly, I was right.

I received two TCDB trades yesterday and another pair today.  I didn't have a chance to blog yesterday so let's cover all four today.
Four Finest additions for Owen's collection via mattdamick to start:

A basketball trade with 1145tc begins with a few 90s set builders:

The trade concludes with some Michigan additions: 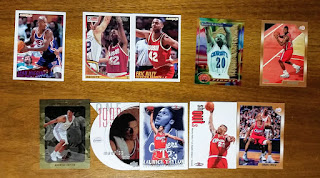 Owen's collection grows by four thanks to bubbasbums:

Another trade with Orry04 concludes today's summary.  This baseball trade begins with a single set builder: 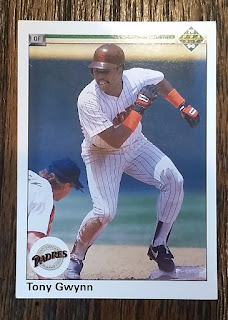 We finish with some more cards bound for Owen's collection: 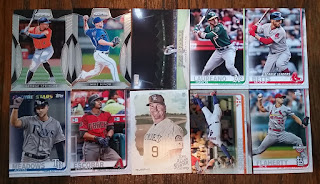 I received two TCDB trades in the mail today.  My second trade of the month with nathanfrancy leads off and adds six cards to Owen's collection, including an insert and three parallels: 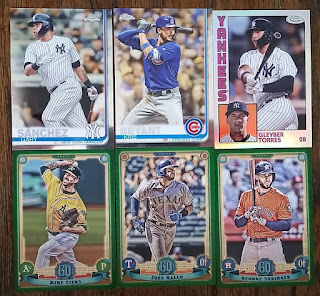 My first trade with jaysee88 begins with a nice Jim Palmer for my 1984 Topps set: 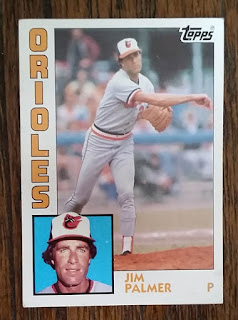 The trade concludes with a pair of football additions to both the Michigan and Bama collections: 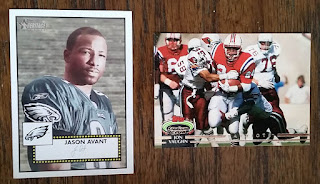 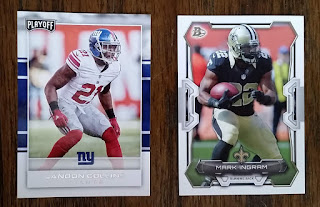 These burgers are crazy

I received a pair of mailings yesterday.  My first trade with jimsisco adds 41 2019 baseball stars to Owen's collection: 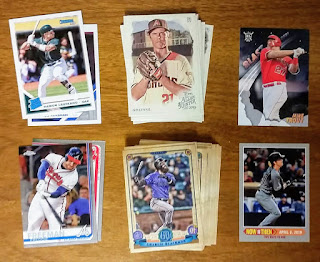 The other mailing I received is a PIF from berton russell that helps build my 1983 Topps set:

With school resuming a couple of weeks ago we have also resumed the extracurriculars.  Included among those activities are Saturday morning swim lessons at one of the local high schools.  With our registration we receive a pass to attend open swim sessions free of charge.  Sunday afternoon I took our daughter to open swim where she vowed to jump off the diving board a million times.  This past spring she routinely jumped off the diving board.  She climbed the three steps and inched her way out on the board several times, however, she did not jump.  The board was too wobbly.  I summoned all of my courage and made two jumps, but that was not enough to convince her that the board is sound.  Oh well, we will try again next weekend.

A pair of TCDB trades welcomed me this afternoon at the post office.  A hockey trade with CardDad78 is first on the docket and begins with four Michigan additions:

The remaining cards are headed to my Hawks collection: 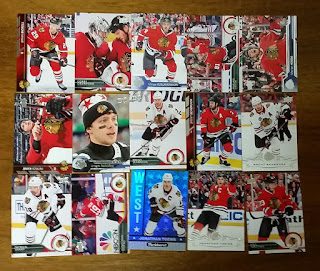 A small football trade with Dtd500 is up next and kicks off with a 1990 Topps Traded set builder: 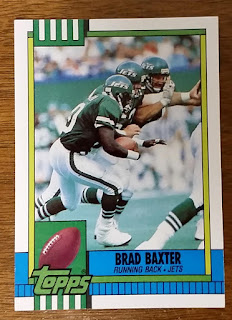 A pair of Michigan additions follows, including a sweet First Day Issue: 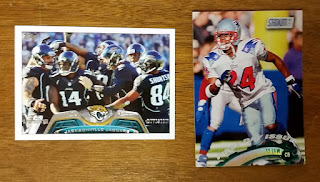 That's where the trade was supposed to end, however, I was thrilled to find a pair of Brady's included as bonuses: 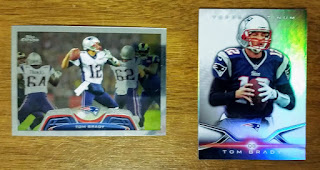